On April 24, 2013, Dr. Lowell Hellervik of OMNIview conducted an “Ask Me Anything on Reddit,” where for two hours he held court and answered questions ranging from HR talent management to how best to be recognized for advancement … all the way to who is better, the Gophers or the Badgers! OMNIview will be posting Dr. Hellervik’s responses in a series of blog posts over the next few weeks, but if you’d like to see the whole conversation, the complete AMA with Lowell Hellervik is available at Reddit.

Questions are in italics. Part one, Part two, and Part three.

Minnesota – A Leader in Industrial Psychology

Why does it appear that Minnesota is a leader in OD and ind psych. Is it because of the U of M or because big companies likes General Mills, 3M and Target are here? Or both?

Well definitely because of the presence of the University of Minnesota! It’s fame in the psych area … it’s rated number one, two, three almost always in the industrial psychology field of all schools!

The psychology departments’ origins can be traced to the original pyschologists in Europe, especially Germany, some of the early psychologists during and after World War I were at the University of Minnesota. D. G, Paterson graduated dozens and dozens of PhDs that populated academia in the United States. His student Marv Dunnette, sometimes called the Father of Industrial Organization Psychology, one of the great names in the field, was my partner in the origins of PDI.

The emphasis by the department was on being very practical with it’s psychology … professors would often say, “There is nothing as practical as a good theory!” So businessmen were quite responsive to academia’s offerings in terms of how they could better select and develop people.

The Start of PDI

follow up…how long did it take you to make PDI a real, profitable business?

Our founding of PDI was facilitated by the death of another consultant in Minneapolis. He had a fairly nice book of assessment business. We purchased the “good will” of that business which resulted in a number of his clients “trying us out.” Northwest Airlines in particular became a very profitable and high volume client almost immediately. So our first couple of years were actually quite profitable! In about 1970, we had some setbacks that resulted in losing years, and during the 70’s in general, there were a few low profit years. However when PDRI was formed (about 1975) and spun off of PDI, PDI’s profitability was quite consistently good over the next 20 years or so.

In the early 80’s, we began to develop products such as the forerunners of what later became Profilor. The Successful Manager’s Handbook also proved to be a hugely popular product, used in schools all over the country. The “Employment Inventory” also was very widely used for the selection of hourly employees, largely in retail settings originally. A variety of other products were also developed, and the popularity of these products resulted in some highly profitable years in late 80’s, early 90’s. 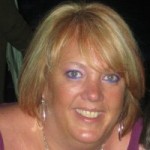 Mia Saldaneri brings the real life view to OMNI.  She has owned her own small transportation company (yikes!), sold children’s dress-up clothing to boutiques and toy stores, worked for Personnel Decisions ...
Read More About Mia
Learn how to pick 'em right, with our enlightened talent selection solution, fitQuest™.
See fitquest →
Learn how to keep 'em longer, with our visionary talent management solution, foreQast™.
See foreqast →
Learn how to train your interviewers to pinpoint the best possible talent, with our radical interviewer training solution, totalView™.
See totalview →
Learn how to take your individual assessments up a notch, with our insightful talent management solution, matchInsights™.
See matchinsights →